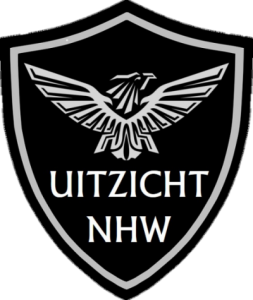 Any non-profit organisation relies heavily on sponsorship from individuals and businesses to get things done – and the Uitzicht Neighbourhood Watch (UNHW) is no different!

Over the last two years we have seen a big drop off in terms of individual donations from the residents of Uitzicht, so much so that the money we do receive does not even cover the insurance of the two cameras that have been installed.

However, the UNHW has had a major boost from the Uitzicht Spar and Brights Hardware. The two companies have been supporters of our organisation for a long time and Richard Nunes (Brights) and Daan Enslin (Spar) have come to the party once again – and we are extremely grateful!

The site that we identified for our very first camera became a major problem due to the fact that we were not able to source electricity for the camera which forced us to look at a solar option. But this was just too expensive for us at the time and we had to abandon the idea on this site. However, Avalon Estate came to the party and made a donation to our cause which helped us install the first LPR camera at the Avalon Estate circle.

The second camera became a possibility when a resident allowed us to install the camera on her property at the top of Wildebees and allow us to use her power – which the UNHW decided to contribute towards their electricity bill on an annual basis as compensation.

But the third entrance – our main point of entry – was still a problem from a power point of view. But Mr Nunes approached us and started discussing the possibility of tapping into their power grid.

In order to achieve this without damaging the parking area by digging up the tar (which would have caused weakness due to the Brights trucks utilizing the space), the power would need to be distributed by drilling under the surface – and Brights offered to get this done at their own cost! Power problem solved.

With the current issue of connectivity from Sonic Wireless being our major bug-bear at the top of Wildebees, we began discussions with Vumatel Fibre in terms of somehow getting our cameras connected to their backbone instead of using wireless links from Sonic. Vumatel agreed to sponsor connectivity to their fibre at no charge for a year with Vox Telecom possibly sponsoring the ISP side of things for the same period. Connectivity solved!

We were also fortunate enough to be in the right place at the right time due to a new camera coming onto the market, bringing down the cost of the system by about 25% – bargain!

In so doing, we managed to have a site meeting with the vendors on the Spar side of Vatican Street for a fourth camera. But after having to pay for the installation of the third camera, finishing off the second camera, insurance and license fees, we were a bit worried whether we could afford a fourth camera. But then we received a call from Mr Enslin, who said that he too would contribute again to our cause – BOOM! Fourth camera solved.

So in short, without the assistance of Spar, Bright, Avalon and others, we would not be in this fortunate position to extend our camera services. But we still ask our residents to pick up the pace and continue to donate and urge others to pick up the mantle and start donating. We not only want to cover the entrances, but we would like to have cameras throughout the area to help protect our valued residents. 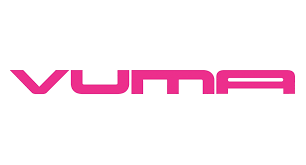